JD Plumbing & Gas was started in 2017 by Jason Docherty, in his hometown of Nanaimo. Since then, Jason and his team have become a household name by providing exceptional customer service and great workmanship, at an affordable price.

We pride ourselves on being reliable, knowledgeable, and time-efficient. We go above and beyond at every step of the way to provide the best plumbing services in Nanaimo. By teaming up with other local contractors, we are able to provide a variety of services from plumbing to electrical to help both our residential and commercial plumbing and heating clientele with all of their needs in Nanaimo and the surrounding areas. 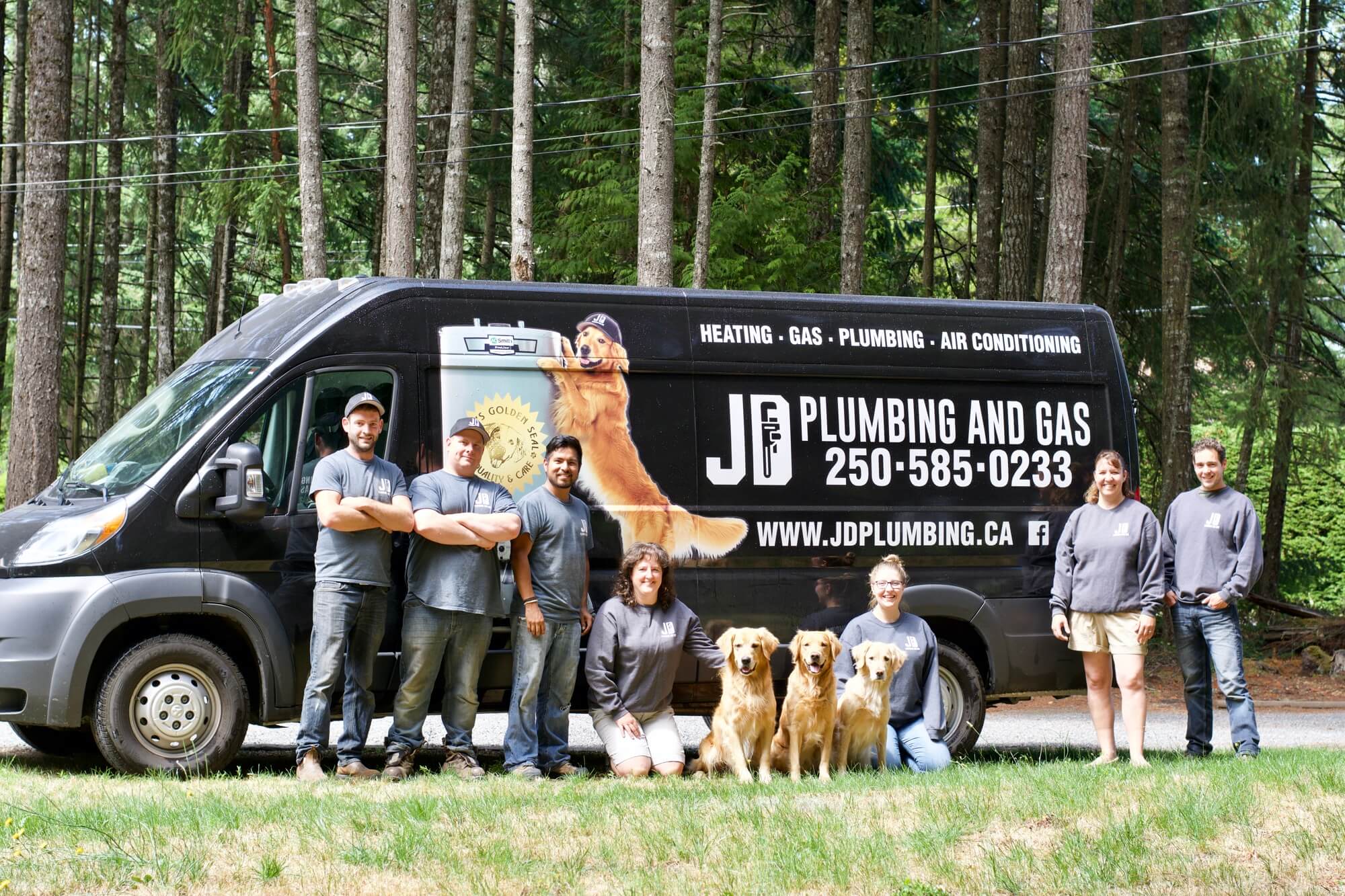 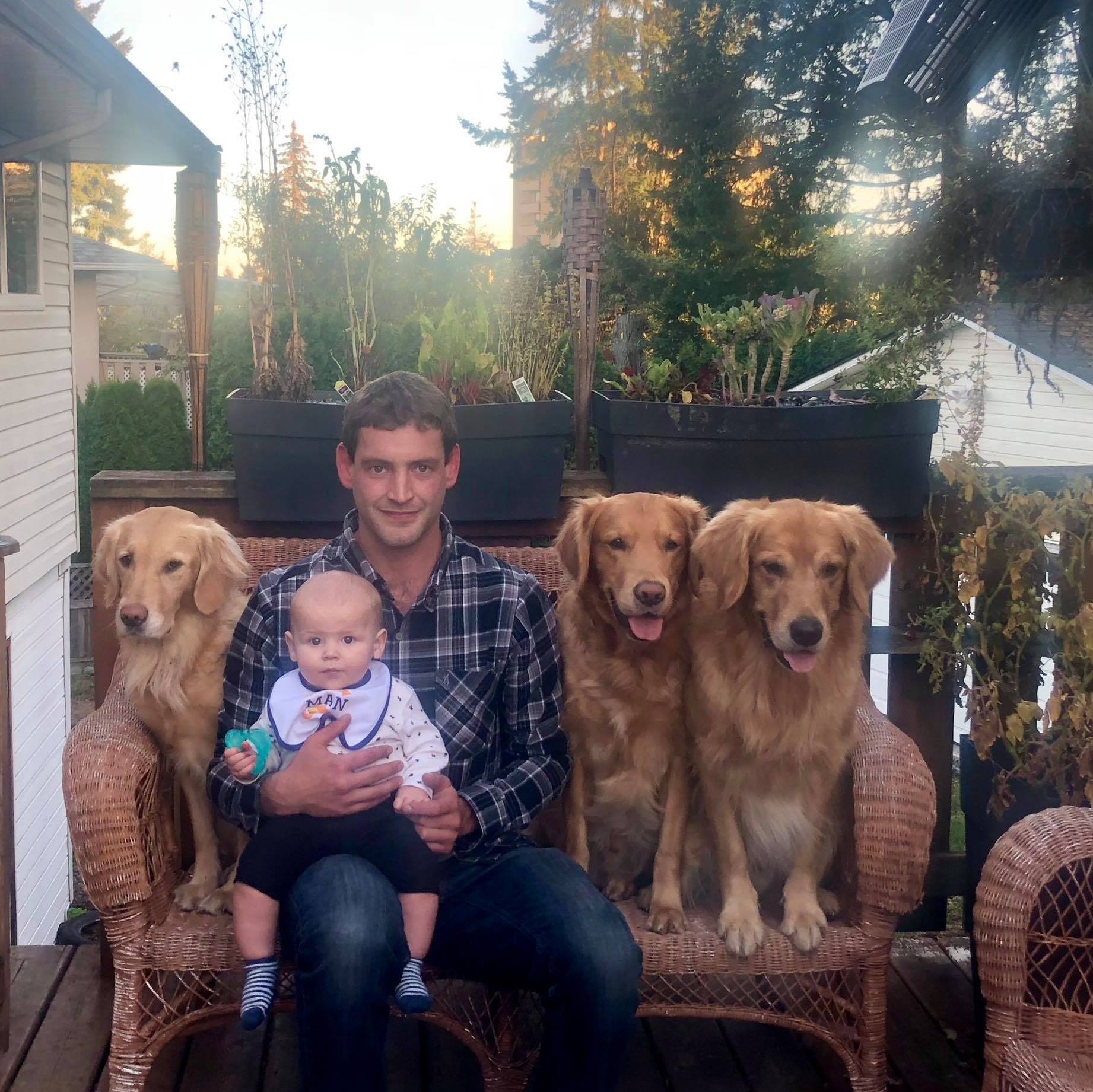 Jason is the founder of JD Plumbing & Gas and a company partner with his brother, Alex. Born and raised in Nanaimo, Jason obtained his Red Seal Journeyman plumbing ticket by the age of twenty-one. His ticket has taken him to work in Northern Alberta and the Northwest Territories but he always came back to Nanaimo.

Before starting his company in 2016, Jason spent time in Ohio and South Carolina completing a dog training apprenticeship. In his free time, Jason trains his dogs as a hobby.

No challenge is too big for Jason to take on. While Jason is well versed in all plumbing and heating practices, he specializes in diagnostics.

Some of The JD Team

These are some of the people that make JD Plumbing & Gas what it is today. We are experts at our craft and we love serving our Nanaimo area customers. 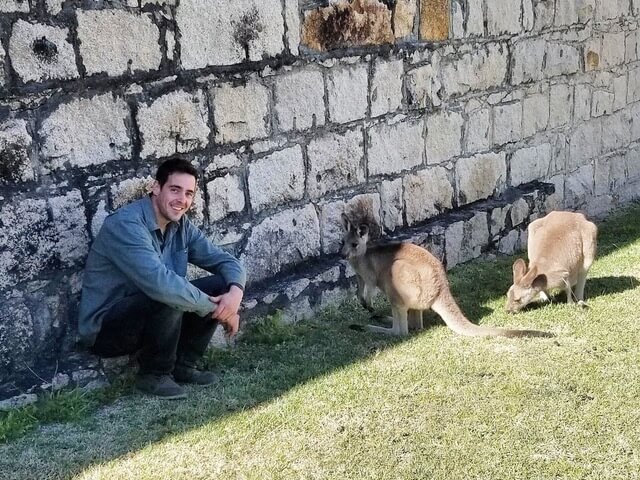 Alex is the co-partner of JD Plumbing & Gas. Alex is a ticketed carpenter with over twelve years experience. He has done everything from framing and crown molding details to building sets and props in the movie industry. Alex also runs a successful local company, Smileys Carpentry and Painting, with his partner. Alex has an amazing eye for detail and often does consulting work for larger renovations with the JD team. 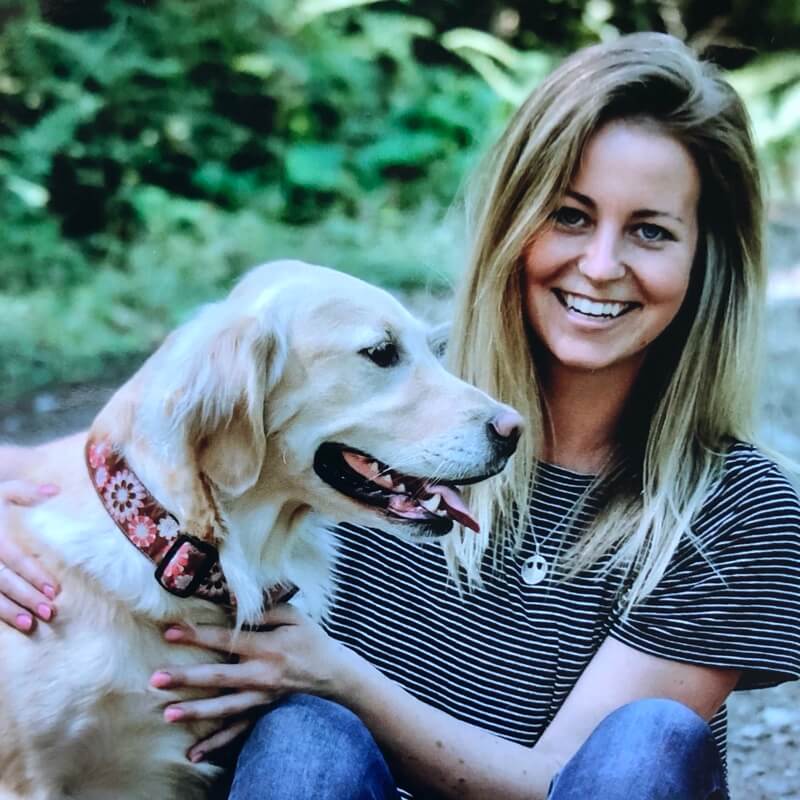 Born and raised in Nova Scotia, Holly moved to Vancouver Island ten years ago to pursue a degree in Social Work at the University of Victoria. On the side, Holly acts as Human Resource Manager for the JD Team. She assists in employee recruitment, training and policy development, as well as marketing – but the dogs are really head of that department. She prides herself in her problem solving abilities and if she doesn’t have the answer to your question, she will always find it. 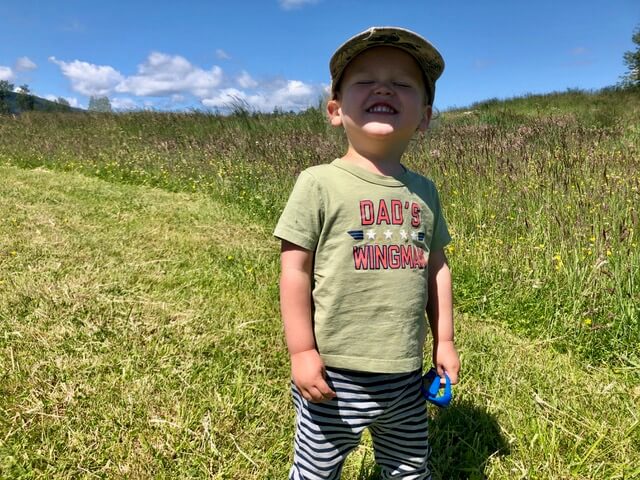 JD Plumbing’s newest apprentice, specializing in all types of gas. He has a small stature making him quick and nimble, and able to access small spaces with ease. He is quick on his feet and likes to keep busy throughout the day. With a little encouragement, Liam is a fantastic help cleaning up after jobs. He has been found sleeping on the job recently, but we have been assured that he will grow out of it. Liam is the glue that holds us together so we let him get away with it. 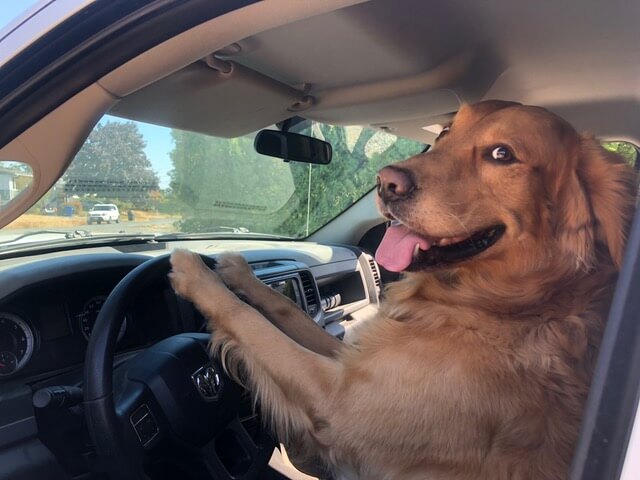 Hailing from warm and sunny Texas, Jazz is our company heating specialist. Since his move to Vancouver Island, he has warmed up to the idea of working with a multitude of heating systems. Whether you have gas, oil or electric heat, Jazz is thrilled to lend a paw, ensuring everything is up to snuff as seasons change. His love for the heat, and his overwhelming fondness for people, will leave you smiling – just like Jazz. 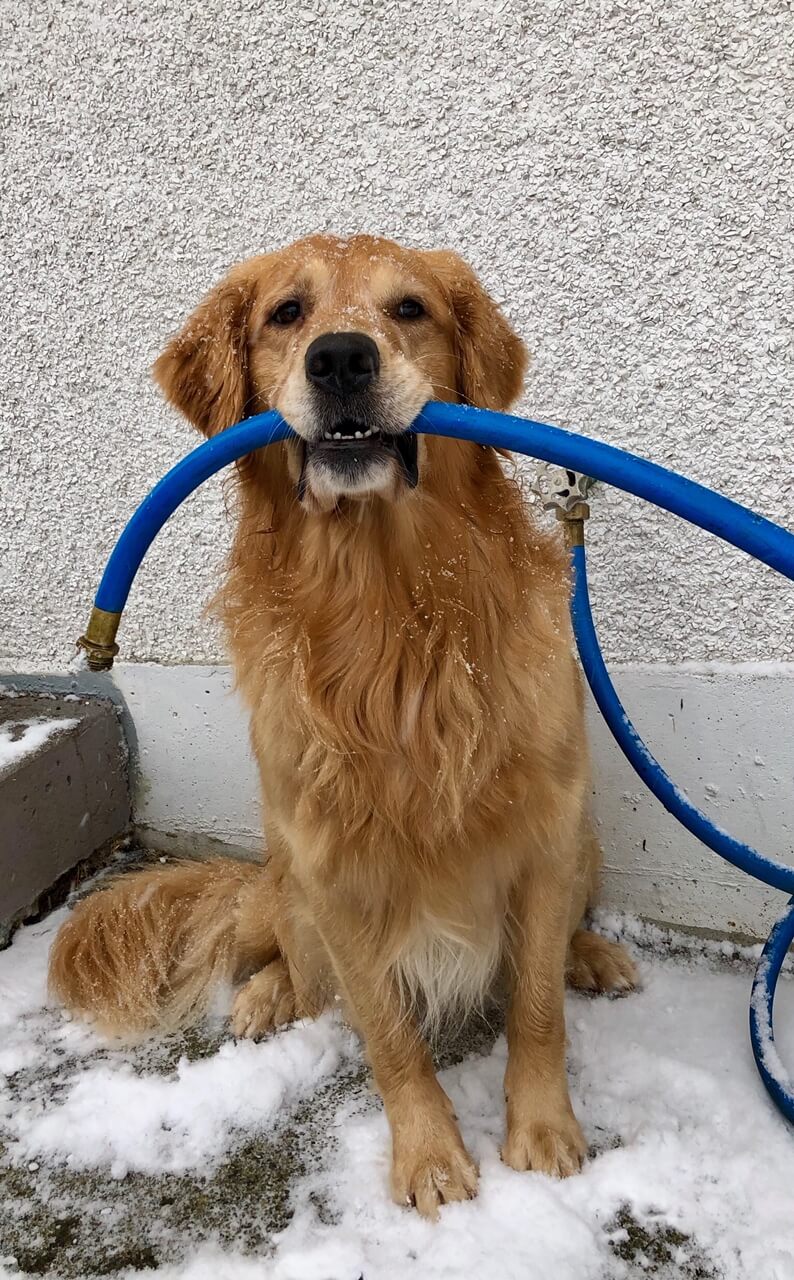 Fig specializes in all things water – a true water dog. Problems with your water system? Fig will gladly dive in to investigate. He will embark on any job, big or small, with a goal to appease. He is an attentive listener and truly lives to please, two details that the JD team take very seriously. Fig will wiggle his way into your home but leave a lasting mark on your heart. 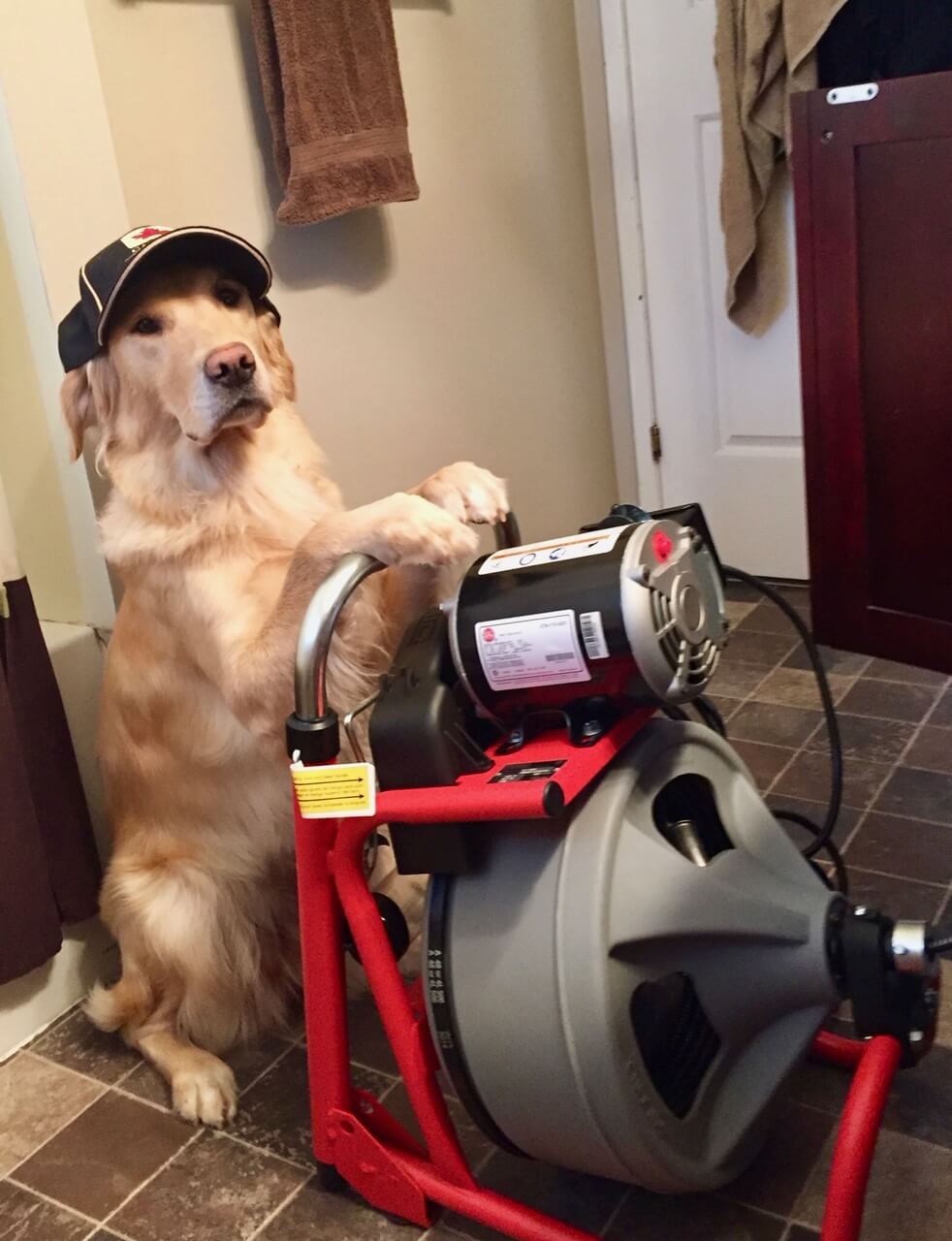 Rosie’s “pipe dream” came true when she became JD Plumbing’s mascot in 2016. Don’t let her soft disposition fool you, she takes her job very seriously. You will often find Rosie riding shot gun with Jason, ready to sign off with her Golden Seal of Approval. 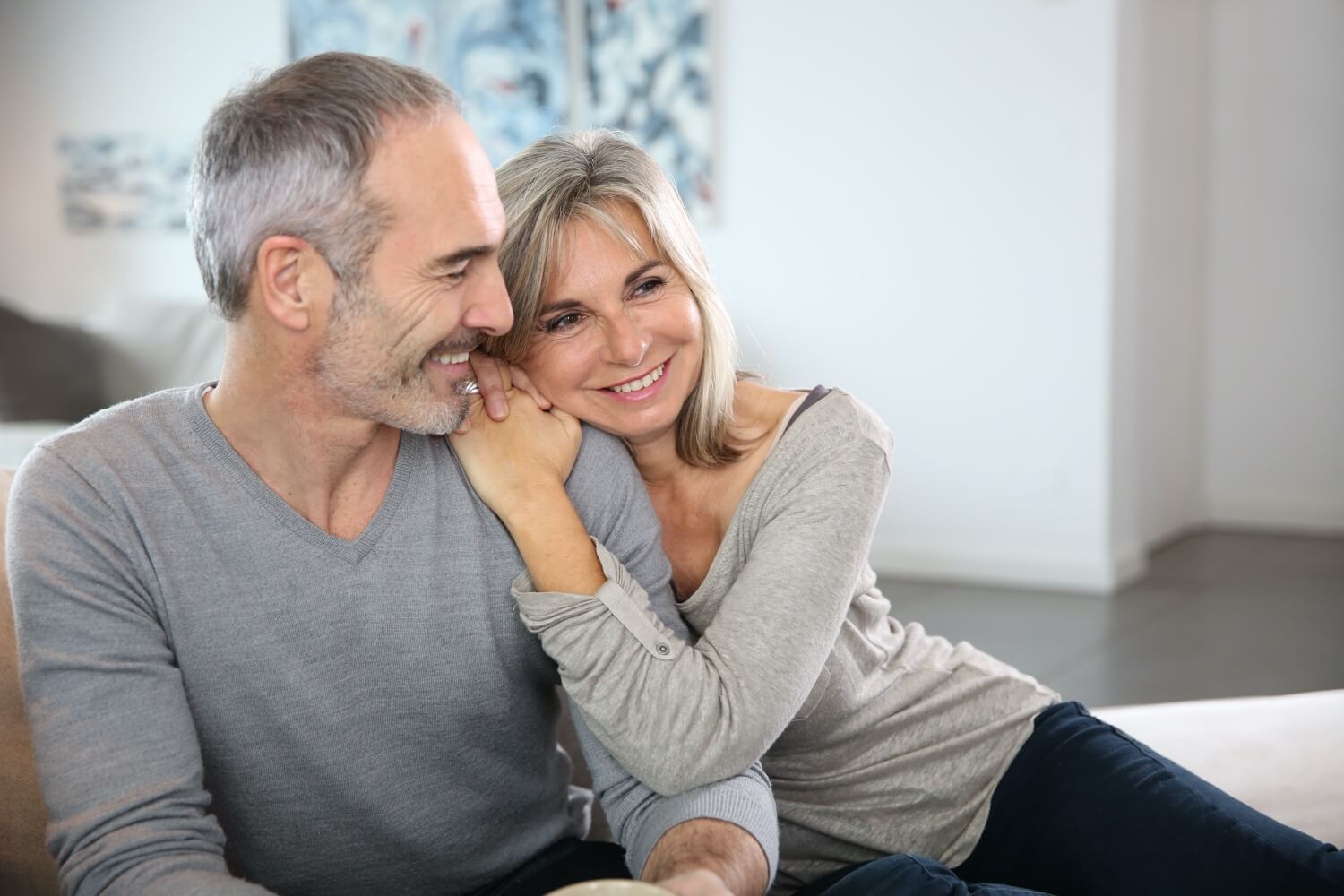 We're plumbing and gas specialists, helping Nanaimo home and business owners achieve peace of mind that they are getting the highest quality parts and workmanship at a very affordable price.  Give us a call or fill out our online form today. 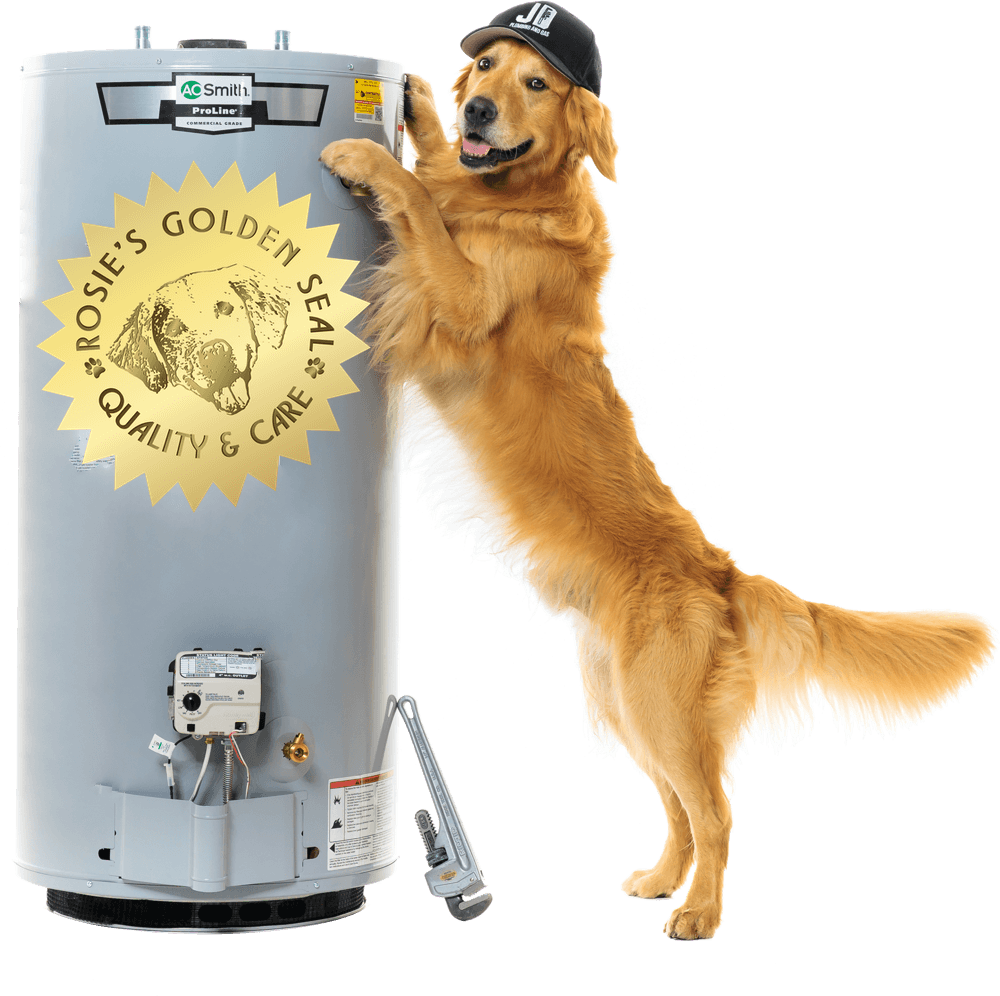